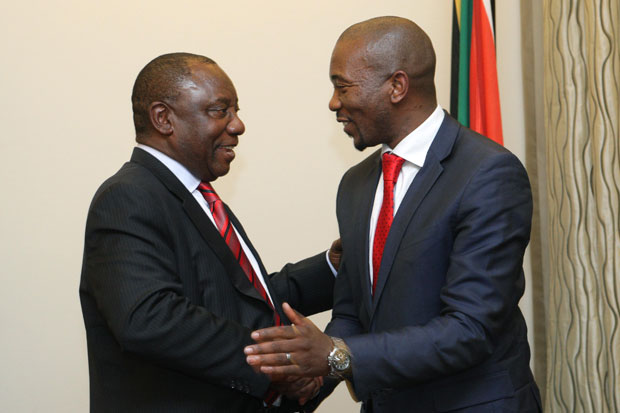 The Jacob Zuma administration has been a dream for opposition parties. They have – justifiably in many instances – merely pointed the finger at No1 for any and everything that goes wrong in South Africa. From day one, Zuma has tainted his governing ANC with big promises and little action, as well as every major scandal from Nkandla to wholesale corruption. Now his term is coming to an end and opposition parties need to build new political foundations, and quickly.

The DA has since Zuma’s ascendancy to the Union Buildings, had ample opportunity to govern. Yet for some reason it chooses to stick by old habits – seemingly impossible to kill – blaming the ANC for South Africa’s problems. Now the party has been begging South Africans to give it a chance to show how it can turn the country around. What the DA perhaps needs to realise, is that those opportunities lies in the metros and province it governs.

A water crisis is the ideal situation to prove oneself. The DA however insists on blaming everyone else, from national government to the South African Weather Service – of all things. Beyond that, it seems awfully unconvincing of its strategy. Pointing the finger is the easiest thing to do, not only in politics, but in life.

The second reason the DA is set to lose out in 2019, is Cyril Ramaphosa. That is merely because he is doing exactly the opposite. Quietly, he visits the graves of late ANC leaders, and is pictured, laughingly, admiring the snow in Davos, Switzerland. Meanwhile, his aides give effect to his orders, effecting significant changes in both the governing party and the state.

It would be naïve to think the current administration is suddenly heeding the call after roughly nine years of procrastination. Beyond that, the man poised to become South Africa’s fifth democratic president is willing to tackle the Cape’s water crisis. He for one is not pointing the finger at those in charge of the province or city set to run out of water before winter.

These quick, decisive interventions have caught many opposition parties off guard. The EFF, which is mainly known for its tumultuous brand of politics, has about it a deafening silence. It has literally gone back to school(s) to reclaim relevance.

Opposition parties’ sudden biting at their own tails in no way suggests the ANC is out of the woods. Recent developments will not suffice if it wants to secure another electoral victory – much less grow its majority in parliament. Much work lies ahead and the party will largely be judged on ridding itself of corruption, something it is yet to hint at from an internal point of view.

The party is also split in half – now by vote – while top six members could be implicated in the scandal that has plagued the party for months. The ANC, much like the DA, has a plethora of opportunities to prove to South Africans it’s serious about governance. The danger for all parties is to insult the electorate’s intelligence with cheap politics.