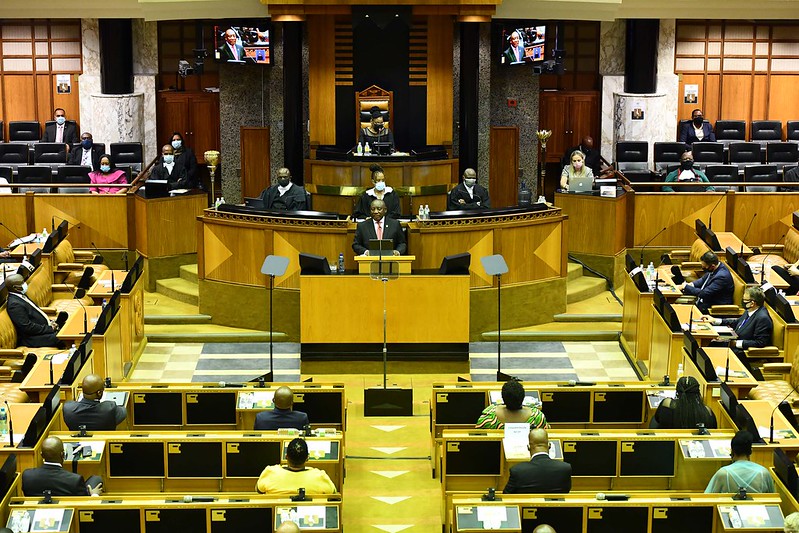 The president’s state of the nation address has become difficult to process in recent years. His predecessor, now a self-confessed constitutional traitor, used to resort to his default fiction of “a good story to tell”. The EFF would ensure Twitter gets its fix and the looting would resume by sunrise.

But for some reason ─ my money is on a desperate need for some reprieve from the despair of our reality, however brief ─ I feel a sense of hope whenever Cyril Ramaphosa concludes his annual address before lawmakers. I am unsure as to what gets to me, the composition of his speech? (After all, I know of no one who has managed to tie fynbos and Maya Angelou in a single text) Or merely the sense that he seems engaged and appreciates the magnitude of what was written between his analogy of uniquely South African vegetation and a dead American poet.

My confusion stems from this supposed sincerity. Given that Ramaphosa remains a politician triggers many alarms, second only to promises by a used car salesperson.

The simple statement “we stand here not to make promises” was enough to get my attention. But it was the myriad examples, the tangible progress, and the detailed plans that got my knee bouncing. Ramaphosa included in this single address more substance than all of Jacob Zuma’s speeches before the legislature combined.

From timelines and numbers for the Covid-19 vaccine to infrastructure plans ─ including water projects and road maintenance; Listing 42 local products to be prioritised by both the public and private sectors along with support programs for small and medium businesses; Updates on efforts to increase Eskom’s generation capacity while also working to get independent producers into the network; Re-evaluation of the mandates of SOEs to make them more “responsive to the country’s needs” and; Feedback on the work of the Special Investigating Unit (SIU) and other measures to combat corruption.

So thorough was this address that the political opponents’ usual retort of ‘nothing new’ was anything but a fitting critique. Perhaps they are unaware ─ much like the irony of their standard response ─ that the majority of South Africans are not paid exorbitant salaries to scrutinise the government’s every move.

Then the criticism of others over the purchase of the AstraZeneca vaccine after initial studies questioned its efficacy against the variant of the virus in South Africa also seemed somewhat disingenuous. How do opposition MPs assume South Africans to be as informed as they are of the minute details of government programmes yet simultaneously assume that the public is unaware that both the Africa Centres for Disease Control and Prevention (CDC) and the World Health Organisation (WHO) recommended that the AstraZeneca can and should still be used?

But the questionable calibre of the parliamentary opposition aside, the president’s address would have been more convincing if the facts agreed with his sentiment.

Unfortunately, months after the first vaccines were developed and, in some instances, approved for use, South Africa is yet to administer its first shot. At the time of the president’s address shots for frontline workers ─ the first phase of the government’s vaccine programme ─ were still en route and the “provinces have rollout plans in place”.

The number of economic programmes the president mentioned almost made me forget that official figures still have the country’s unemployment rate at a record high; that thousands of businesses have closed in the last year; that the state simply does not have any money; that new plans for SOEs mean nothing while cash bags are still thrown at South African Airways (SAA), among others.

Oranges are more valuable than repeated promises to tackle corruption when cabinet ministers and senior state officials stand accused of abhorrent crimes; when the secretary general of the president’s party defends a toffie to the country’s supreme law by another senior comrade ─ both of whom participate in the formation of government policy.

To hear how the state’s measures curbed the spread of the coronavirus (and the spread of money) means little when they were only necessary because of the state’s inability to enforce its existing laws. And to learn that South Africa is now almost as unsafe for chickens as it is for its people provides no comfort.